This poem is one I wrote when I was about seventeen/eighteen. I haven’t read it for a long time, but I set my iPod to random shuffle this morning, and Karen Carpenter’s beautiful voice came through my headphones, singing ‘Rainy Days & Mondays.’ It sent me on a trip along memory lane, and I dug out this old poem. (I realise admitting to this makes me sound like I had a really dull childhood. But it wasn’t. Honest!) 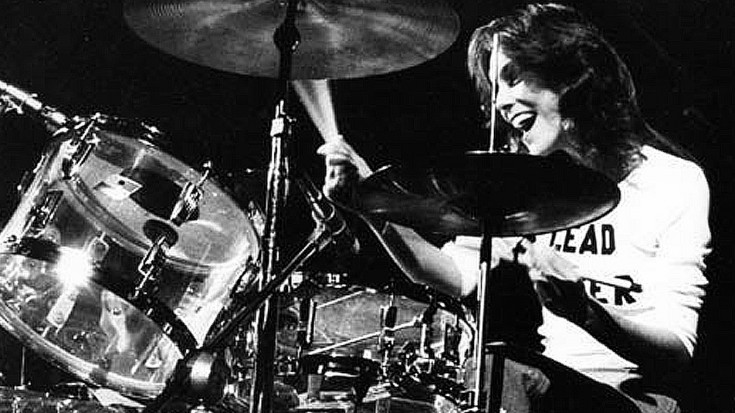 She pauses beside the curtain,
hiding from the sea of adoring fans,
heart in her chest, she reflects its rhythm,
“I can I can I can.”
Her brother is at the piano,
already playing out the tune which heralds
her entrance
she sighs; this was never her plan,
but her painted-on-smile
looks authentic to those expecting so much from her.
Her cue is the music,
steps bouncing with energy
follow its course, but the
lights—oh, the lights—
are blinding, scrutinising every inch of her
grotesque body . . .
the one the critics called chubby.
The piano grows insistent, and she opens her mouth
to lull the audience with
her rich voice, seeped in pain;
she assures the crowd
they have only just begun,
and in that moment, there is no one else in the
whole auditorium,
it’s her and the music;
the way it used to be
before they were famous,
in the time when it was her brother who held all the talent
and she, merely the drummer,
tapping out rhythms on pots and pans,
in awe of the revered sibling.

I regret being born too late to see her perform live;
by the time I was old enough to understand that voice,
she had already suffered too much
at the hands of those who should have
protected her, put her first.
When I see her waif-like figure,
tiny in the middle of the stage,
I can only imagine how
terrifying
that must have been
for one so utterly aware of herself,
for one who never believed in herself.
In the beginning, her dark eyes sparkled,
as she sat behind her beloved drums,
jamming with her brother and his friends,
but the business decision came to
push her centre stage;
people wanted to see the girl with the golden voice,
so her fate was sealed
because success was paramount,
and she, the pawn who could achieve it.
In her last years, the sparkle vacated her eyes,
but the music—faultless—never ceased to flow,
it was the one thing keeping her alive,
but also the beast that slashed at her heels,
and on a cold February morning,
her bag-of-bones body shivered into its last deep sleep.
Found by her mother,
the whole world became darker,
but she rests now, finally she rests,
albeit, in agonising peace.

I am a writer who is passionate about words. I find them magical and seductive. I write short stories, poetry, and non fiction. I'm currently working on my first novel. View all posts by chocotales

This is a text widget. The Text Widget allows you to add text or HTML to your sidebar. You can use a text widget to display text, links, images, HTML, or a combination of these. Edit them in the Widget section of the Customizer.
Loading Comments...
%d bloggers like this: