This is an editorial I wrote last year. I was given the subject of unity and how this works in the 21st century. These are my thoughts. Just my own thoughts. You don’t have to agree. 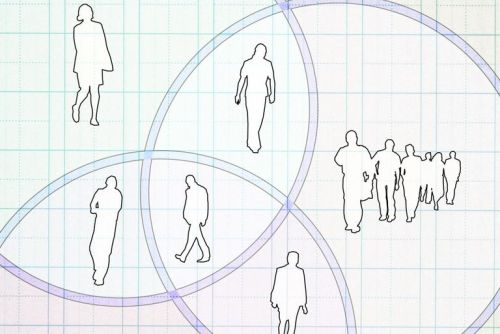 When did the world become such an uncaring place? Has it really changed so much?

It saddens me I when hear the hate rhetoric that is not only spewed from the misguided masses, but now it is part of our politicians’ manifestos. The frightening thing is that we are listening to them. We believe that refusing to admit all refugees who have nowhere to live, other than in the middle of a war zone or under the canvas of a makeshift tent that has been cobbled together to provide the minimum protection, will save us all from certain terrorism. We believe that taking away benefits from the most vulnerable in society, simply because their illness is mental, therefore not visible, will make the hardworking among us richer and happier. Because, after all, the mentally ill are simply scroungers who could work if they really wanted to. My mind is blown by this kind of thinking.

I don’t understand when or why everyone became so selfish. There was a time, and it wasn’t so long ago, that we felt united. People helped one another. People cared about one another. This is no longer the case. Yes, there are people who will always be there for you: your family and friends. But, in general, we are in this for ourselves. It is true that everybody has a “Just Giving” page nowadays. We have to be seen to care. In reality, though, ask those fundraisers to house a refugee family, or to donate their own money to buy a family living in poverty one hot meal every week, and we are in a totally different situation.

Unity is a concept belonging to the past. The end began with BREXIT. I hang my head when I think about what this country started with that vote. What is so bad about being united, standing together? Why do we think that standing alone is a stronger, safer place to be? Alienating some of our closest allies seems like a terrible idea to me. We are a tiny island. It won’t be long before Scotland breaks away from the rest of the UK. Wales and Northern Ireland, I am sure, will follow shortly thereafter. It’s okay, though, because we are English, and we will be looking after ourselves. I shake my head and sigh.

I am discussing the UK because I am British. But this feeling of unease and dislike for our neighbours is a worldwide phenomenon. Leaders with all the morals of a preying mantis have been elected (and self-appointed) the world over. The tectonic plates of unrest are rubbing and shooting off sparks in all directions. There is only a certain amount of time before the world will shake so hard we all fall into the cracks. Unless we change.

Why not love people who look a little different from us, people who hold different beliefs? What is wrong with acceptance, rather than opposition? I appreciate this is the real world, and my ideas are somewhat fantasist. But wouldn’t the world be a much better place if we could all make a change? I know it won’t happen. The world will be nuked beyond belief before we make friends with our foes. That, apparently, is preferable. I don’t understand it. I wish I could change it.

I am a writer who is passionate about words. I find them magical and seductive. I write short stories, poetry, and non fiction. I'm currently working on my first novel. View all posts by chocotales

3 thoughts on “United No More”

This is a text widget. The Text Widget allows you to add text or HTML to your sidebar. You can use a text widget to display text, links, images, HTML, or a combination of these. Edit them in the Widget section of the Customizer.
Loading Comments...
%d bloggers like this: